How is this achieved?

Firstly we need to understand the structure of copy and in-cell screen.

The digitizer for in-cell screen is built into LCD.

LCDs can only be manufactured by big companies with great QA, so the faulty rate is extremely low.

However the separate digitizers used by copy screens are usually made by smaller companies, with much lower quality control capabilities.

Another reason why it's hard to catch problematic screen is because of the cable design, see image below:

See the cable of copy screen, the yellow connector inside red square is where display and digitizer cable connects.

If there's even a small misalignment in the connection, the gap will catch static electricity.

The symptom is the touch starts flicker. (The problem will disappear temporarily if you charge up the device, which discharges the static electricity.)

With In-cell screens (both original and IMB screens), the flex cable is one piece and will never have this issue.

Those two improvements brought the faulty rate down to close to almost zero.

And there are also other benefits to use in-cell screens.

One is it's thinner than copy as it has fewer layers, so it won't seem bulky and stay outside the frame.

The other benefit is the chip of in-cell screen on the display cable (see image below) is 0.8mm smaller than copy screen. This usually means whether the chip will stuck in between LCD connector and screen, and put pressure on display. 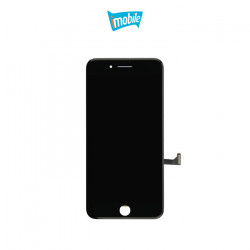 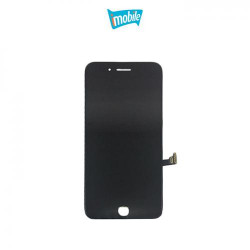 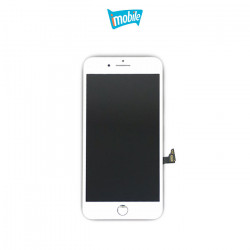 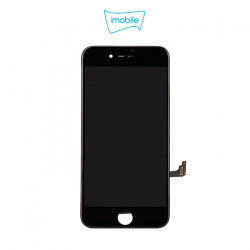 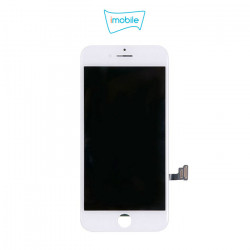